You are here:
FOOTBALL FEATURED 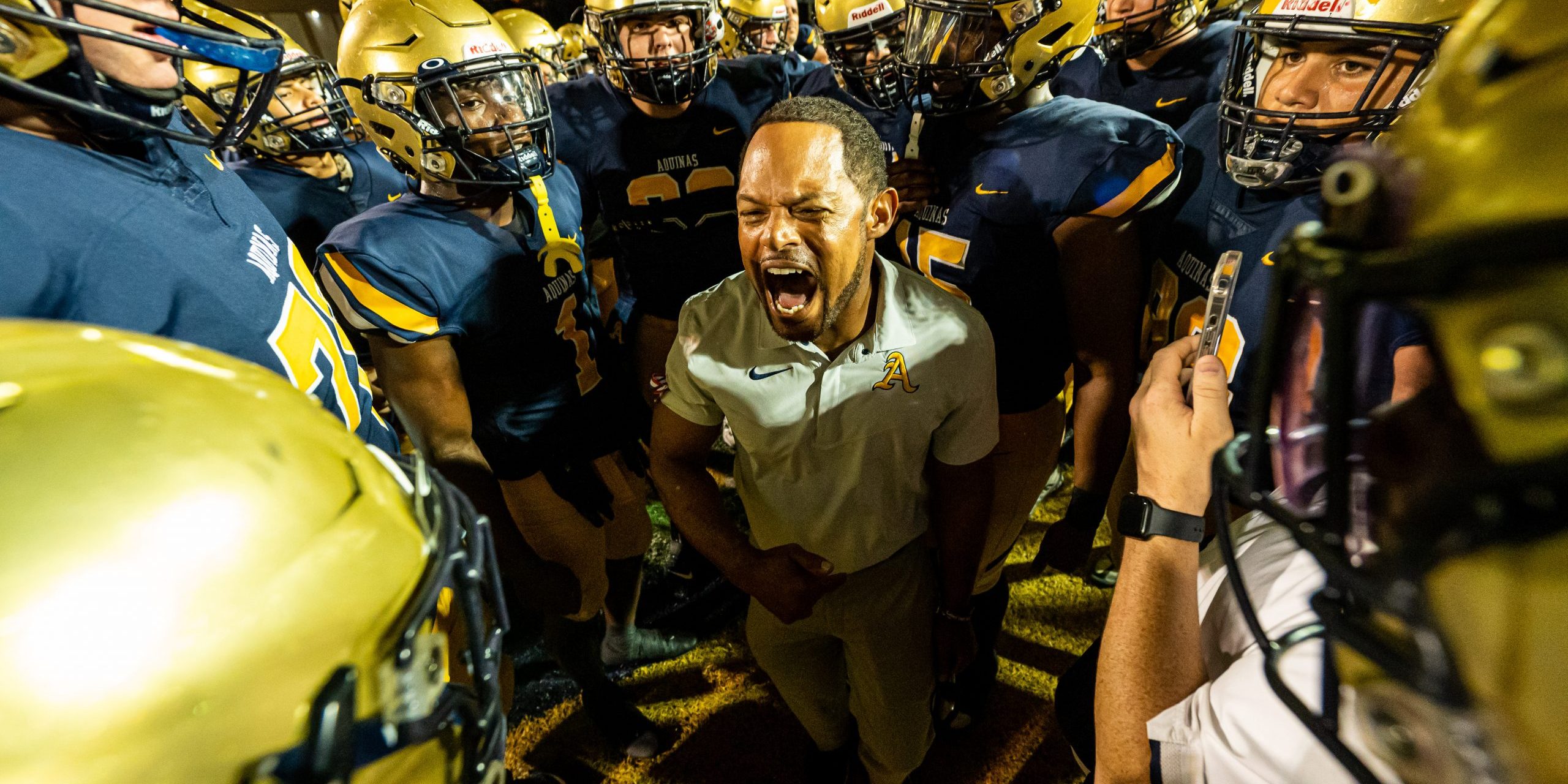 The infamous four peat is at the very fingertips of the St. Thomas Aquinas’ Football team. This would be the first time in school history that they win four consecutive state championships. Before heading into the game a week from today, players were interviewed to see how the team was preparing. I was able to talk to the assistant coach, Stevin Scott, and get his point of view on how ready the team was.

According to Scott, the team is “poised and playing at a high level.” He stressed how they were letting the team know the “ramifications” of what they could accomplish if they win this state game. Knowing that this can be the first time in school history that the football team gets four consecutive state championships, you would think they would feel a lot of pressure, but when asked , it seemed that the whole team was on the same page.

Quarterback Champ Harris, said this: “We play every game like it’s a state championship game, so this is normal for us.” This team seems to have great team chemistry and in unison with each other when it comes to how they feel. Linebacker Rashad Henry, said that practices have not gotten harder, but “the intensity came up.” Jason Hammond added on by saying “we have less tolerance for mistakes.”

Adjustments entering these playoffs are inevitable, but the goal is to play “Raider Football” and control what happens between the white lines.  This will be a great game that many are anticipating, including coaches and players. According to Coach Harriott, the mission is simple “Win Now”. It’s a message he’s been sending his players for 12 weeks.  Star running back, Jordan Lyle, shows major confidence in his team saying, “offense is doing great, defense is doing great and we don’t have any problems going for another ring.” When asked about next year, he simply replied “hopefully we can get a five peat next year, so let’s keep the streak going.”

Overall this St. Thomas Football team is looking solid with the confidence they have and are ready to win this State Championship.