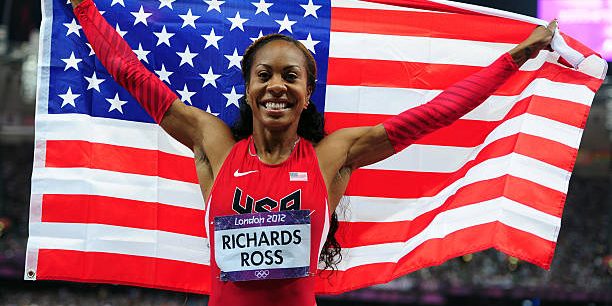 One of our greatest alumni pro-players, Sanya Richards-Ross, has made a huge impact on the world and left a great impression on what STA is all about. In her senior year she was awarded the title of National High School Female athlete of the year as well as the USA Track and Field Youth Athlete. For college she went to the University of Texas and in that time she became a five-time winner of the 400m NCAA division for track and field.

She partnered up with Clyde Hart to reach their goal of a win in the Olympics. She received a gold medal in 2004 and 2008, but settled with a bronze medal in 2008 due to a cramp mid-race. Leading up to the 2012 Olympics she won the World Indoor championship and by the 2012 Olympics came around she was able to accomplish a limited achievement of winning a gold medal in both kinds of relays. This made Sonya the second American woman to ever win this kind of occasion since Valerie Briscoe-Hooks in 1984.

She is currently the American record holder in the 400m run and a six-time U.S. outdoor 400m champion. Her accomplishments are outstanding and she was given many well-deserving awards such as the Jesse Owens award, University of Texas’ Women’s Hall of Honor, and eventually in 2014 she was placed in the Texas Sports Hall of Fame. St. Thomas set her off on the right track to success and achievements. Unfortunately, Ross suffered a hamstring injury in the 2016 Olympic trials, ending her career. However, since then she has provided commentary for the Summer Olympics of 2016. She now owns a hair salon in Austin, Texas called “The Hair Clinic” and a hair extension line called, “The Rich Hair collection. Although she is a retired athlete, her incredible achievements in track and field will be greatly remembered.