You are here:
FEAT HOMEFOOTBALL FEATURED 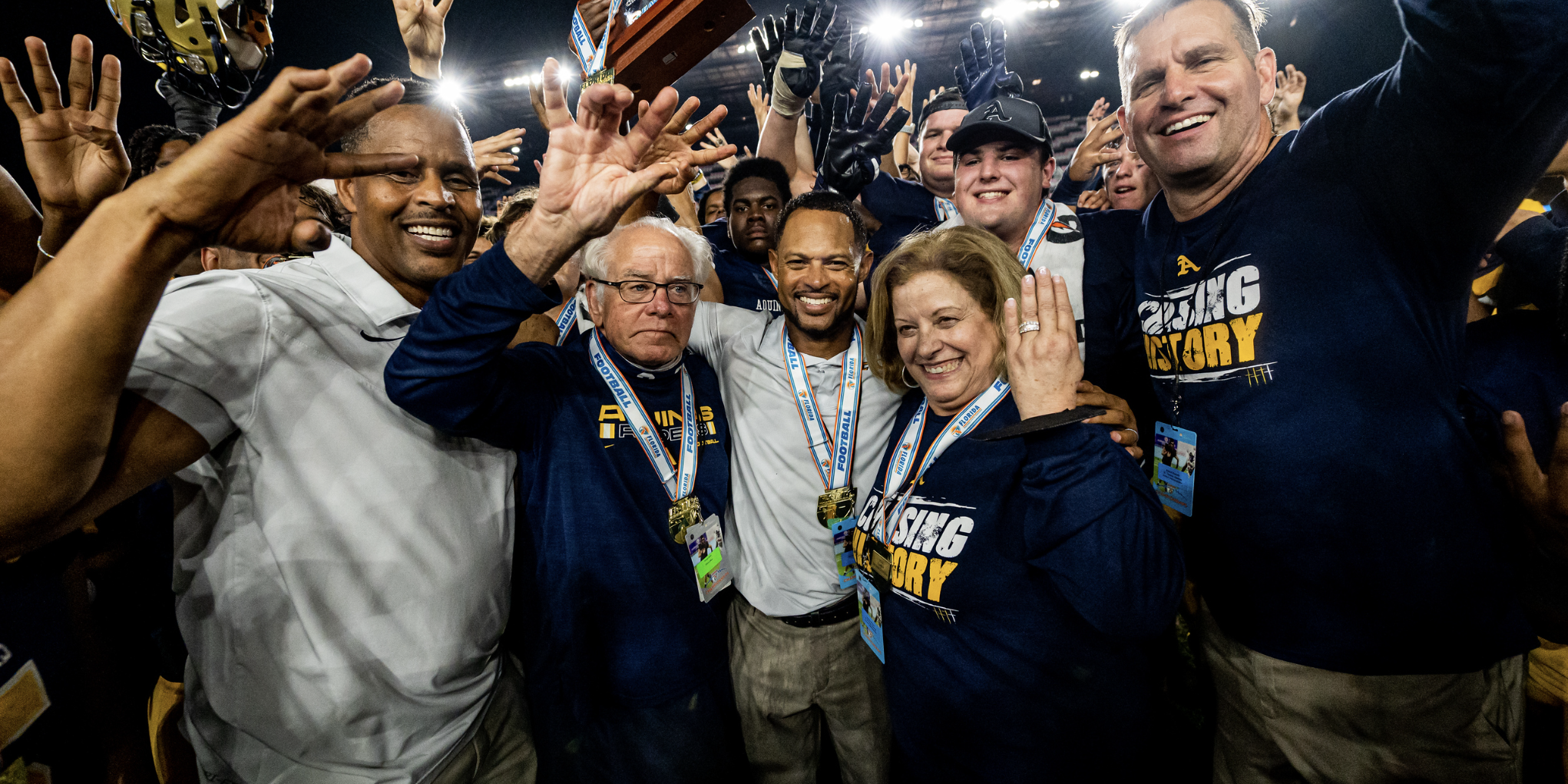 Then he went out and gave them the caffeine injection it needed.

Mack, a Penn State commit, returned a punt 58 yards for a score 91 seconds into the third quarter to give the Raiders a lead that it never relinquished.

“We’ve been talking it about all year,” Mack said of Aquinas winning a fourth straight title. “Making history It’s never been done at St. Thomas. It’s a blessing. It feels great.”

TO READ THE REST, PLEASE VISIT THE PALM BEACH POST