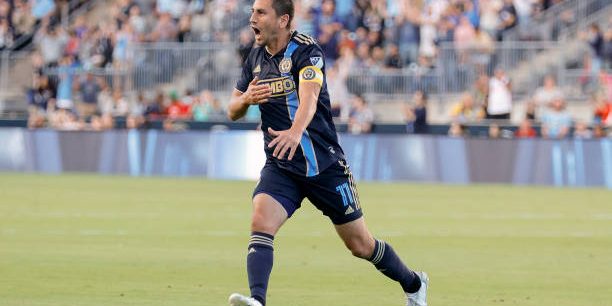 Alejandro Bedoya was born on April 29, 1897 in Englewood, New Jersey. He is an American professional soccer player, and captains the Philadelphia Union of Major Soccer League, while playing midfielder. Bedoya, was a New Jersey native with Colombian ancestry, and was raised in Weston, Florida, where he played youth soccer for the Weston Fury AYSO club. In 2005, he played for St. Thomas Aquinas High School and won a state championship.

His grandfather, Fabio, played for Deportes Quindio, while his father, Adriano, played soccer professionally in Colombia with Millonarios, which are both very famous and competitive teams in the country of Colombia. Although college seniors often enter in the MLS SuperDraft, Bedoya decided to look for other options elsewhere. He agreed to a contract with the Swedish Team in late 2008s, and on January 7, 2009, he started playing for the team. Bedoya established himself as a regular in the starting lineup.

He transferred from Nantes to Philadelphia Union as a designated player on August 3, 2016, for a reported $1 million transfer fee. Throughout the remaining ten games for the Union in 2016, he started every game and registered two goals. Apart from his many contributions to the other teams, Alejandro also played for the United States National Soccer Team, and won many senior caps while representing the team in the 2014 FIFA World Cup.

Along with leading the STA soccer team to victory in 2005, he has played a big part in the soccer world, and has shown his leadership and dedication to the sport since he was a young boy.